Nicole Faria is an Indian supermodel and actress who won the Miss Earth 2010. She has served as the brand ambassador for various brands including Clean & Clear, and was the international brand ambassador for Swiss luxury wristwatches Frédérique Constant. She has also appeared on several magazine covers including Elle, Vogue, Cosmopolitan, JFW, and Man’s World Magazine. She has walked the ramp in the Lakme Fashion Week, Colombo Fashion Week, and Wills Lifestyle India Fashion Week. Born Nicole Estelle Faria on February 9, 1991 in Bengaluru, India, to parents Anita and Ian Faria, she has one brother named Craig. She completed her schooling from Sophia High School in Bangalore, and earned a bachelor’s degree from Mount Carmel College. She began her modeling career at age fifteen. She made her film debut with the 2014 Bollywood film Yaariyan. In July 2018, she got engaged to her long-time beau Rohan Powar after dating for over 5 years. 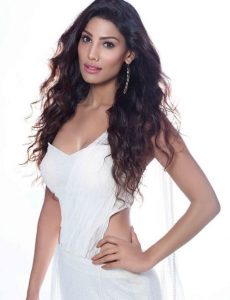 Nicole Faria Facts:
*She was born on February 9, 1991 in Bengaluru, India.
*Her father, Ian Faria, is a motivational speaker and corporate trainer.
*She is the first Indian who win Miss Earth title in 2010.
*She appeared on the Kingfisher Calendar in 2014.
*Visit her official website: www.nicolefaria.com
*Follow her on Twitter, Facebook and Instagram.