Actress Loretta Swit is famous for playing Major Margaret “Hot Lips” Houlihan in hit 1970s TV show M*A*S*H, for which she earned two Emmy Awards. She also portrayed in couple of films, such as Race with the Devil and Dreams of Gold: The Mel Fisher Story. Born Loretta Jane Swit in Passaic, New Jersey, she is the daughter of Lester & Nellie Swit. She belongs to Polish descent. She was married to actor Dennis Holahan from 1983 to 1995. 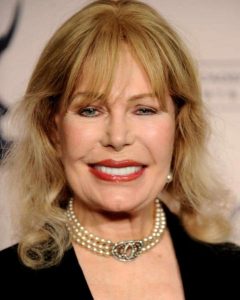 Loretta Swit Facts:
*She belongs to Polish descent.
*She received a star on the Hollywood Walk of Fame in 1989.
*She was the first M*A*S*H star to visit South Korea.
*She is best friends with Alan Alda.
*She is vegan.