Lorraine Toussaint is a Trinidadian-American actress. She is best known for her portrayal of Rene Jackson in the Lifetime drama series Any Day Now (1998–2002), and for her recurring role as defense attorney Shambala Green in the NBC legal drama Law & Order. Toussaint also appeared as a regular cast member in the NBC police procedural Crossing Jordan and the TNT crime drama Saving Grace. Her other well-known television credits include One Life to Live, Bodies of Evidence, Where I Live, Murder One, Leaving L.A., Cracker: Mind Over Murder, Threat Matrix, Ugly Betty, CSI: Crime Scene Investigation, Friday Night Lights, Body of Proof, The Fosters, Orange Is the New Black, Forever, Rosewood, Into the Badlands, and The Village. Her notable film credits include Middle of Nowhere, Dangerous Minds, and Selma. Born on April 4, 1960 in Trinidad, Trinidad and Tobago, she moved to Brooklyn, New York, USA, with her family when she was just ten years old. She graduated from Manhattan’s High School of Performing Arts in 1978, and graduated from Juilliard with a Bachelor of Fine Arts degree. She began her career as Shakespearean actress before tackling screen acting in television and film. She made her film debut with the 1989 crime comedy Breaking In. She is married to Micah Zane with whom she has one daughter, Samara. 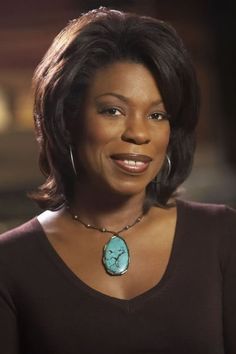 Lorraine Toussaint Facts:
*She was born on April 4, 1960 in Trinidad, Trinidad and Tobago.
*She’s an only child.
*She moved to Brooklyn, NY, at the age of ten.
*She studied drama at The Juilliard School, New York.
*She began her career in theatre.
*She made her screen debut in 1983.
*She received critical acclaim and a Critics’ Choice Television Award for Best Supporting Actress in a Drama Series, for her performance in the Netflix comedy-drama series Orange Is the New Black.
*She is an aficionado of architecture, and an expert gardener and landscaper.
*She has a dog named Kaia.
*Follow her on Twitter.