Louise Redknapp is a British singer, songwriter and media personality, best known as a member of R&B girl group Eternal. Eternal rose to fame 1993 with their quadruple-platinum studio album Always & Forever. In 1995, Louise quit the group to go solo. Louise released her debut album, Naked, in 1996, followed by her second album, Woman in Me in 1997. The album peaked at number five in the UK and went on to gain multi-platinum status. She released her third studio Elbow Beach in 2000. She has sold over 5 million records in the UK, and 15 million records worldwide. Outside music, Louise has presented several television shows and was a judge on the UK version of So You Think You Can Dance. In 2016, she reached the final in the fourteenth series of BBC One’s dance contest Strictly Come Dancing. Born Louise Elizabeth Nurding on November 4, 1974 in Lewisham, London, England, UK, to parents Lynne and Tim Nurding, she grew up in Eltham, London, and Oxted, Surrey, with her two younger brothers, Joe and Sam. Louise began her music career very early after studying at the Italia Conti Stage School. She married football player Jamie Redknapp in 1998, and the couple had two sons named Charles William and Beau Henry before getting divorced in 2017. 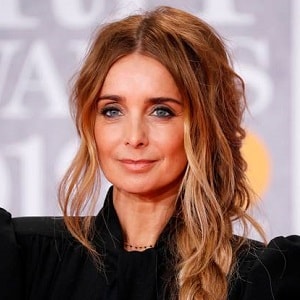 Louise Redknapp Facts:
*She was born on November 4, 1974 in Lewisham, London, England, UK.
*Her mother worked at Gatwick Airport and her father was a builder.
*She was a member of the 1990s girl group Eternal.
*In 1995 she left Eternal to start a solo career.
*Her debut solo album, Naked, was released in 1996.
*In 1997, she was voted “Sexiest Woman in the World” by the readers of SKY Magazine.
*On 29 June 1998, she married soccer player Jamie Redknapp at a ceremony in Bermuda.
*She was a contestant for the fourteenth series of Strictly Come Dancing.
*She was named Sexiest Woman of the Decade in the July 2004 edition of FHM.
*Visit her official website: www.louiseofficial.co.uk
*Follow her on Twitter, YouTube, Facebook and Instagram.