Luciana Turina is an Italian singer, actress and television personality. She is known for her roles in the films Ciao marziano, Carioca tigre, Africa Express, Scandalo in famiglia, Scherzi da prete, C’è un fantasma nel mio letto, Night Club, Il cosmo sul comò, and I camionisti. Born on August 10, 1946 in Malavicina, Mantua, Lombardy, Italy, she started her singing career in 1965, participating at the Castrocaro Music Festival and winning the competition with the song “Come ti vorrei”. In 1966, she entered the main competition at the Sanremo Music Festival, with the song “Dipendesse da me”. She made her film debut in Pietro Germi’s Serafino (1969). Turina has been married twice, and has one daughter. 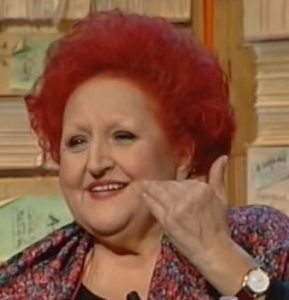