Lucky Ali is an Indian singer, songwriter and actor who became known for his distinctive music style and also for his untrained voice – elements that helped him emerge as a leading figure in Indipop during the period. His debut album, Sunoh (1996), won many of the top awards in Indian music, including the Best Pop Male Vocalist at the 1996 Screen Awards and the Channel V Viewers Choice Award in 1997. It stayed on the MTV Asia Charts in the top three for 60 weeks. The song “O Sanam” from Sunoh launched his career. It was also nominated at the 1997 MTV Video Music Awards. Ali made his Bollywood debut with the song “Nasha Nasha” in the movie Dushman Duniya Ka, and sung “Ek Pal Ka Jeena” and “Na Tum Jaano Na Hum”, featured in Kaho Naa… Pyaar Hai (2000). He received the 2001 Filmfare Award for Best Male Playback Singer for “Ek Pal Ka Jeena” song. He has worked with composers such as A.R Rahman, Vishal Bhardwaj, Vishal-Shekhar, Mikey McCleary, Prashant Pillai, Varun Ahuja and Rajiv Bhalla. As an actor, he has appeared in Chote Nawab, Yehi Hai Zindagi, Hamare Tumhare, Shyam Benegal’s Trikaal, Bharat Ek Khoj, Kaante, Sur-The Melody of Life, and Kasak. 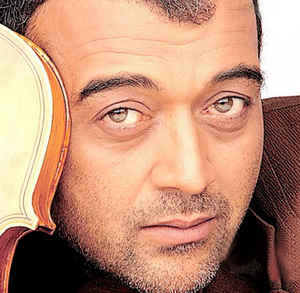 Born Maqsood Mahmood Ali on September 19, 1958 in Mumbai, India, he is the second of the nine children of Bollywood actor, Mehmood Ali. His mother Mahelaka, was part Bengali and part Pathan, the sister of the popular Indian actress of the 1960s – Meena Kumari. Ali was educated at City Montessori school, Convent of Jesus and Mary, Hampton Court, Mussoorie, Manekji Cooper (Kindergarten) (Juhu), Bombay Scottish School in Mumbai, and the Bishop Cotton Boys’ School, Bangalore. Ali has two children with his first wife – Tasmiyah and Ta’awwuz. He then married Inaya (Anahita, a Persian). With her, he has two children: Raiyan and Sara. In 2010, Ali married a third time to actress, model, Miss England Elizabeth Kate Hallam whom he divorced in 2017. They have a son named Dani Maqsood Ali.

Lucky Ali Facts:
*He was born on September 19, 1958 in Mumbai, India as Maqsood Mahmood Ali.
*He is the second of the nine children of India’s ace comedian Mehmood Ali.
*His mother Mahelaka, was part Pashtun and part Bengali, and the sister of 1960s Indian actress Meena Kumari.
*He started his playback singing career with the song “Walking All Alone” from the film Ek Baap Chhe Bete in 1978.
*He made his debut on the Indian music scene with the album Sunoh.
*Follow him on Instagram.