Carlson Young is an American actress. She is best known for her portrayal of Tiffany Blake on Disney Channel’s As the Bell Rings, and for her role as Brooke Maddox in the first two seasons of the MTV television series Scream. She played Stanley – Rob’s best friend and student in the 2014 American comedy film Premature. Young wrote, directed, and starred in The Blazing World (2018), “The Blazing World,” a short film inspired by Young’s own dreams. 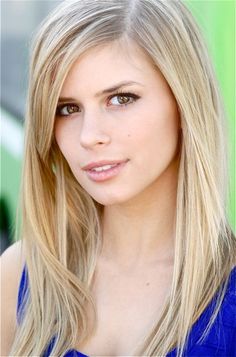 Born Carlson Elizabeth Young on October 29, 1990 in Fort Worth, Texas, to parents Susan and Marshall Young, she has a sister named Griffin. Following her high school graduation, Young she moved to Los Angeles and attended the University of Southern California, where she studied creative writing and enjoyed writing poetry. She married Isom Innis of the band Foster the People on April 29, 2017.

Carlson Young Facts:
*She was born on October 29, 1990 in Fort Worth, Texas, USA.
*She began her professional acting career at the age of 14.
*She studied Creative Writing at the University of Southern California.
*She made her directing debut in 2018 with “The Blazing World,” a short film premiering at the 2018 Sundance Film Festival.
*Follow her on Twitter, Facebook and Instagram.