Hayes Grier is an American Internet personality who rose to fame with 6-second videos on the video-sharing application Vine. He is the younger brother of fellow Internet personality Nash Grier. Grier has a reality show on the app go90 called Top Grier, and released his first novel, Hollywood Days with Hayes in November 2016. 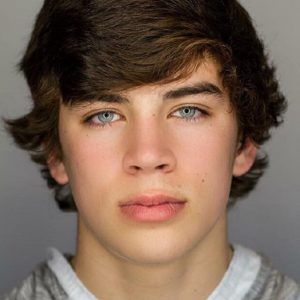 Born Benjamin Hayes Grier on June 8, 2000 in Mooresville, North Carolina, to mother Elizabeth Floyd and father Chad Grier, he has two older brothers, Will and Nash Grier. He also has a younger half-sister named Skylynn.

Hayes Grier Facts:
*He was born on June 8, 2000 in Mooresville, North Carolina, USA.
*His parents are Chad and Elizabeth Grier.
*He is the younger brother of fellow Internet personality Nash Grier.
*He rose to fame on the 6-second video app Vine.
*He was a celebrity contestant on the 21st season of Dancing With The Stars, partnering with Emma Slater.
*He launched a clothing line with his brother Nash and Cameron Dallas through Aeropostale in 2014.
*He enjoys playing football and lacrosse.
*He is friends with Aaron Carpenter, Cameron Dallas, Mahogany Lox, Matthew Espinosa, Carter Reynolds, Jack Gilinsky, Jack Johnson, Shawn Mendes, and Taylor Caniff.
*Follow him on Twitter, YouTube, Facebook and Instagram.