Lucy Lawless was born Lucille Francis Ryan on March 29, 1968 in Mount Albert, Auckland, the daughter of Julie and Frank Ryan. She is a New Zealand actress, activist and musician who rose to international fame for playing the title character of the internationally successful television series Xena: Warrior Princess. She plays the recurring character of Diane Lewis in NBC’s Parks and Recreation. She was awarded an Order of Merit in the New Zealand Queen’s Birthday Honor List in June 2004. Lucy, whose role as “Xena in Xena: Warrior Princess” made her a cult television star, has been involved with the Starship Foundation and has held a role on its board of trustees. Lucy is very beautiful lady with silvery blue eyes. Her hair color is Dyed Brown. 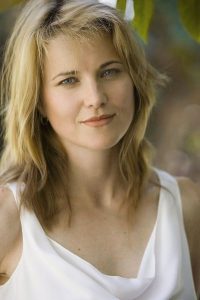 Lucy Lawless Facts:
*She speaks German, French, some Italian.
*Sister-in-law of actress Mary Beth Tapert.
*She began acting in secondary school, performing in her first musical at age 10.
*Is a natural ash blonde before coloring her hair black for the role of “Xena”.
*In 1997, she was chosen by “People” magazine as one of the 50 Most Beautiful People in the World.
*Follow Lucy Lawless on Twitter, Facebook and Instagram.