American country music singer whose debut single “Hurricane”, peaked at number one on the Billboard Country Airplay chart. It received a 3× Platinum certification from the Recording Industry Association of America (RIAA). Combs’s other notable hit songs include “When It Rains It Pours”, “She Got the Best of Me”, “Beautiful Crazy”, “Beer Never Broke My Heart”, “One Number Away”, “Even Though I’m Leaving”, and “Does to Me”. 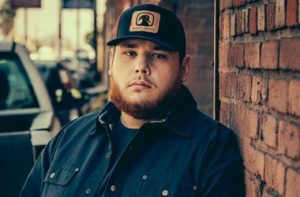 Luke Combs Facts:
*He was born on March 2, 1990 in Charlotte, North Carolina, USA.
*He moved to Asheville, North Carolina at the age of eight.
*He played football and sang with various music groups while attending A.C. Reynolds High School.
*He released his first EP, The Way She Rides, in February 2014.
*His debut single “Hurricane” was released in April 2015.
*He got engaged to Nicole Hocking in November 2018.
*Visit his official website: www.lukecombs.com
*Follow him on Twitter, Facebook, YouTube and Instagram.