Tom Holland is an English actor. He is best known for his portrayal of Peter Parker / Spider-Man in the Marvel Cinematic Universe movies, Captain America: Civil War, Spider-Man: Homecoming, Avengers: Infinity War, Avengers: Endgame, and Spider-Man: Far From Home. He has also played prominent roles in the films How I Live Now, In the Heart of the Sea, The Lost City of Z, The Current War, Spies in Disguise, and Onward. He has also done voice work in the animated films Spies in Disguise, Dolittle, and Onward. Born Thomas Stanley Holland on June 1, 1996 in Kingston upon Thames, England, to parents Dominic Holland, a comedian and author, and Nicola “Nikki” Elizabeth, a photographer, he has three younger brothers: Sam, Harry, and Patrick (Paddy). Holland began his acting career on stage in the title role of Billy Elliot the Musical in London’s West End from 2008 to 2010. He made his feature film debut in The Impossible (2012), for which he received the London Film Critics Circle Award for Young British Performer of the Year. In 2020, he began dating Nadia Parkes. 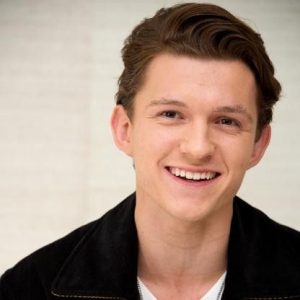 Tom Holland Facts:
*He was born on June 1, 1996 in Kingston upon Thames, England, UK.
*His parents are Dominic Holland and Nicola Frost.
*He is a graduate of the BRIT School in London.
*He was diagnosed with dyslexia in 2003.
*He received the BAFTA Rising Star Award in 2017.
*He owns a Blue Staffordshire Bull Terrier, named Tessa.
*He practices gymnastics.
*He is a supporter of English club Arsenal Football Club.
*Follow him on Twitter and Instagram.