Australian actor and model Luke Mitchell is best known for his role Romeo Smith in the long running and very popular Australian TV series, Home and Away, and as Inhuman Lincoln Campbell in the superhero TV series, Agents of S.H.I.E.L.D. His other credits include NBC’s Blindspot, Neighbours, H2O: Just Add Water, and The Tomorrow People. He was born on April 17, 1985 in Gold Coast, Queensland, Australia as Luke David Mitchell. He has three brothers and a younger sister. In January 2013, he married his Home and Away co-star and one-time on screen love interest, Rebecca Breeds. 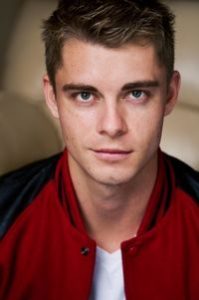 Luke Mitchell Facts:
*He played tennis from the age of five to nineteen as he wanted to be a professional tennis player.
*He won the Most Popular New Male Talent Logie Award for his role of Romeo Smith in 2010.
*He likes to watch movies, body boarding and being amongst the nature in his free time.
*Follow him on Twitter and Instagram.