Actress Ahna O’Reilly is best known for her portrayal of Elizabeth Leefolt in the 2011 film The Help, for which she won the Satellite Award for best cast in a motion picture. She is also known for her roles in Fruitvale Station, Forgetting Sarah Marshall and the 2013 film Jobs. She was born on February 17, 1985 in Palo Alto, California, to Wenda and James O’Reilly. She has two sisters, Noelle and Mariele. She graduated from Menlo School in 2003, and briefly attended the University of Southern California. She was in a relationship with actor James Franco from 2006 until 2011. 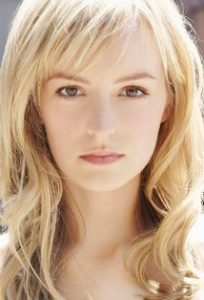 Ahna O’Reilly Facts:
*She moved to France with her family at age six
*She has a Grandmother named Harriet.
*She loves everything French.
*She has a phobia of bananas.
*Follow her on Twitter and Instagram.