Lulu Antariksa is an American actress. She is best known for playing high-schooler Rowan Fricks in the go90 web series T@gged and for her recurring role as Penelope Park in the first season of The CW television series Legacies. In 2013, Lulu portrayed Lexi Connoly in the web series Side Effects and played the lead role of Anna in the 2018 post-apocalyptic thriller film What Still Remains. Lulu’s other television credits include American Family, Head Cases, Monk, Zoey 101, According to Jim, ER, How To Rock and Gemini Division. Born Lauren Marie-Elizabeth Antariksa on August 22, 1995 in Los Angeles County, California, USA, to an Indonesian father and a German mother, she has three older brothers. She is trained in dancing and singing and plays piano, guitar, ukulele, saxophone, and bass. She graduated from Valencia High School in Santa Clarita, California. Her breakout acting role was as Stevie Baskara on Nickelodeon’s How to Rock. 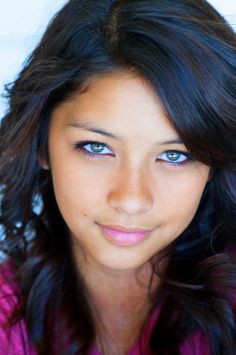 Lulu Antariksa Facts:
*She was born on August 22, 1995 in Los Angeles County, California, USA.
*She is the youngest of four children and the only daughter.
*She is a first-generation American of German and Indonesian descent.
*She graduated high school at the age of 15.
*She found a love for acting while attending Valencia High School.
*Growing up, she spent her time reading the Odyssey, Arthur Miller, and any classic at her disposal.
*She has a black cat named Murphy.
*Follow her on Twitter, Tumblr, YouTube, Facebook and Instagram.