Samantha Boscarino is an American actress and singer. She is best known for her roles as Alicia Rivera in the 2008 teen comedy-drama The Clique, as Molly Garfunkel on the Nickelodeon series How to Rock, and as Ellie Davis in the 2016 television film The Cheerleader Murders. From 2010 to 2014, she had a recurring role as Skyler on the Disney Channel sitcom Good Luck Charlie. Boscarino’s other television acting credits include Parenthood, True Jackson, VP, Wizards of Waverly Place, Bucket & Skinner’s Epic Adventures, Zoe Gone, NCIS, House of Lies, Girl Meets World, Hot in Cleveland, and Animal Kingdom. Born Samantha Joann Boscarino on December 26, 1994 in Ventura County, California, USA, to parents Ginna M. (Hamilton) and Robert Samuel Boscarino, she has a sister named Lea. She belongs to both Italian and Ecuadorian descent. She made her film debut in The Clique (2008). She has dated actors Gregg Sulkin (2008-2009), and Matt Shively (2009). 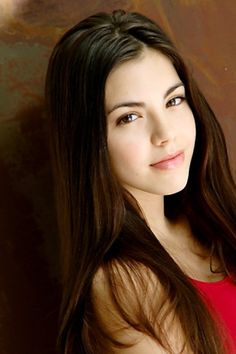 Samantha Boscarino Facts:
*She was born on December 26, 1994 in Ventura County, California, USA.
*She is of Italian and Ecuadorian descent.
*She made her film debut with the teen comedy-drama The Clique (2008).
*She is very best friends with fellow actress Bridgit Mendler.
*Follow her on Twitter, Facebook and Instagram.