Mac Miller was an American rapper and record producer whose debut studio album, Blue Slide Park, debuted at number one on the U.S. Billboard 200 upon its release on November 8, 2011. His second studio album, Watching Movies with the Sound Off, released in June 2013 to number three on the Billboard 200. Born Malcolm James McCormick on January 19, 1992 in Point Breeze, Pittsburgh, Pennsylvania, he is the son of architect Mark McCormick and photographer Karen Meyes. He grew up with his older brother, Miller. He began his career in the city’s hip hop scene in 2007, at the age of fifteen. He had a longterm relationship with singer Ariana Grande from August 2016 to May 2018. He died of an accidental drug overdose on September 7, 2018 in San Fernando Valley, California, USA. 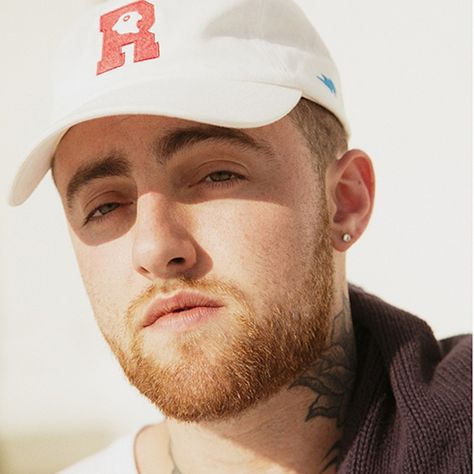 Mac Miller Facts:
*He was born on January 19, 1992 in Point Breeze, Pittsburgh, Pennsylvania, USA.
*Growing up, he taught himself how to play guitar, piano, drums and bass.
*He often produced under the pseudonym Larry Fisherman.
*He released 6 studio albums, 2 extended plays, 2 live albums, 13 mixtapes, 41 singles, and 62 music videos.
*He made history with his album Blue Slide Park as the first independently distributed debut album to top the charts since The Dogg Pound’s album, Dogg Food, in 1995.
*He dated pop star Ariana Grande from August 2016 to May 2018.
*He had a net worth of $9 million at the time of his death in 2018.
*Visit his official website: www.macmillerswebsite.com
*You can follow him on Facebook, Twitter, Instagram, Soundcloud, iTunes, YouTube, and Spotify.