American actress, Mackenzie Rosman is most famous for her portrayal of Ruthie Camden on the hit television show 7th Heaven. She played Zoe in the teen drama television series The Secret Life of the American Teenager. Born Mackenzie Lyn Rosman on December 28, 1989 in Charleston, South Carolina, to Donna Rosman and Randy Salmont, Mackenzie has a brother, Chandler and a step-sister, Katelyn. She is a 2007 graduate of Valencia High School. 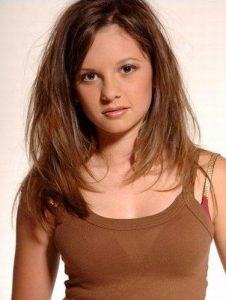 Mackenzie Rosman Facts:
*In July 2013, she posed for Maxim magazine.
*Aside from acting, she enjoys animals, especially horses as well as cats, dogs, chickens and goats.
*Mackenzie’s first passion is horses, it is a family activity.
*She enjoys skating, reading, swimming and dancing.
*Follow her on Twitter, Facebook and Instagram.