Sean Paul is a Jamaican rapper, singer, producer, and actor. He released his debut album, Stage One with VP Records in 2000, followed by his second album, Dutty Rock in 2002. This album reached number 1 on the US Rap Billboard charts and went RIAA double platinum. He has collaborated with Beyonce, Keyshia Cole, Akon, Timaya, Snoop Dogg, Jay Sean, Rihanna and many others. He won Best New Act of the Year at the 2003 MTV Music Awards and his album Dutty Rock won the Reggae Album of the year at the 46th Annual Grammy Awards in 2004. Born Sean Paul Ryan Francis Henriques on January 9, 1973 in Kingston, Jamaica, to Frances and Garth Henriques, he was raised as a Catholic. Since May 26, 2012, he has been married to Jamaican TV host Jodi Stewart. They have a son together. 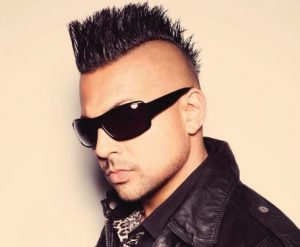 Sean Paul Facts:
*The most successful Jamaican artist of all time on the U.S. charts.
*His favorite music is Lieutenant Stitchie, Bob Marley, Peter Tosh, Supercat, Cat Stevens, The Beatles and Busta Rhymes.
*His single “Get Busy” was nominated for best Rap Song in 2004.
*From the age of 13 to 21, he played for Jamaica’s national water polo team.
*He donated $1 million to benefit the Bustamante Hospital for Children in Jamaica in 2016.
*Visit his official website: www.allseanpaul.com
*Follow him on Twitter, YouTube, Myspace, Facebook and Instagram.