Macklemore is an American rapper and songwriter, best known for being part of the hip hop duo ‘Macklemore & Ryan Lewis‘ whose single “Thrift Shop” reached number one on the US Billboard Hot 100 in 2013. Their debut studio album The Heist (2012), immediately shot to #1 on the iTunes charts and debuted at #2 on the Billboard charts. Macklemore & Ryan Lewis won four Grammy Awards at the 2014 ceremony, including Best New Artist, Best Rap Album (The Heist), Best Rap Song and Best Rap Performance (“Thrift Shop”). Macklemore has released two studio albums and two mixtapes as a solo artist. Born Benjamin Hammond Haggerty on June 19, 1983 in Kent, Washington, to parents Julie and Bill Haggerty, he has a brother named Tim. He attended Garfield High School and Nathan Hale High School, and earned a Bachelor’s degree at Evergreen State College. He has been married to Tricia Davis since 2015. They have two daughters. 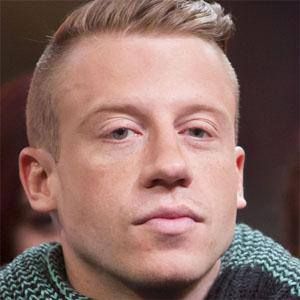 Macklemore Facts:
*He was born on June 19, 1983 in Kent, Washington, USA.
*His real name is Benjamin Hammond Haggerty.
*He is of Irish descent.
*He started rapping at the age of 14.
*Macklemore first met Ryan Lewis in 2006.
*He was nominated for seven Grammy Awards at the 2014 Grammys
*In 2013, Macklemore became engaged to his longterm partner Tricia Davis.
*Visit his official website: www.macklemore.com
*Follow him on Twitter, YouTube, Facebook and Instagram.