Madiha Iftikhar is a Pakistani television actress and model. She is known for roles in the TV drama serials Ishq Ki Inteha, Sarkar Sahab, Meri Behan Meri Dewrani and Kitni Girhain Baaki Hain. Born in Islamabad, Pakistan, on February 5, 1985, to Iftikhar Ahmed and Rehana Iftikhar, her acting career began when she was seventeen years old, when she appeared in Partition Aik Safar, one of the most expensive TV dramas ever produced in Pakistan. Since the beginning of her career, she has received critical acclaim and numerous accolades for her acting style. She is married to Shazil Mirza. 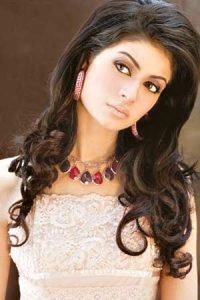 Madiha Iftikhar Facts:
*She started her showbiz career at the age of 17.
*She has been Olivia Whitening Creme’s Brand Ambassador since 2011.
*Currently, she resides in Karachi.