Roxy Olin is an American actress and socialite. She became known for her role as Michelle in the television series Brothers & Sisters. She appeared on the MTV reality show The City. Born as Roxanne Elizabeth Olin in Los Angeles, New York, on November 5, 1985, to actors Ken Olin and Patricia Wettig, she has one older brother, Clifford, who is also an actor. She earned her first major acting credit in the 2007 drama Goodbye Baby. 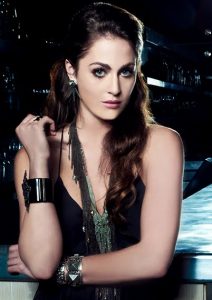 Roxy Olin Facts:
*She is the daughter of actors Ken Olin and Patricia Wettig.
*Her older brother, Clifford, is also an actor.
*She suffers from attention deficit hyperactivity disorder (ADHD) and takes Adderall.
*Follow her on Twitter and Instagram.