Magdalena Brzeska is a German former individual rhythmic gymnast. She has competed in 5 World Championships and was a regular in the Top 10 all-around rankings, she earned her highest placement finishing 8th in the all-around at the 1995 World Championships as well as qualifying for all the apparatus finals in ball, clubs, rope and ribbon. In 2012, Brzeska participated in the fifth season of Germany’s RTL-dance show Let’s Dance with her professional dance partner Erich Klann. In July 2013, Brzeska took part in the RTL Live Event Show The Pool Champions – Celebrities underwater part, in which she was able to win in the final against Massimo Sinato. Born on May 14, 1978 in Gdynia, Poland, to parents Witold and Grazyna Brzeska-Kwocek, she is of Polish descent. She began rhythmic gymnastics training at TSV Schmiden in 1990. She was married to Peter Peschel from 2001 to 2002 and Sebastian Sabolocka from 2009 to 2011. She has two daughters with her first husband Peter Peschel. 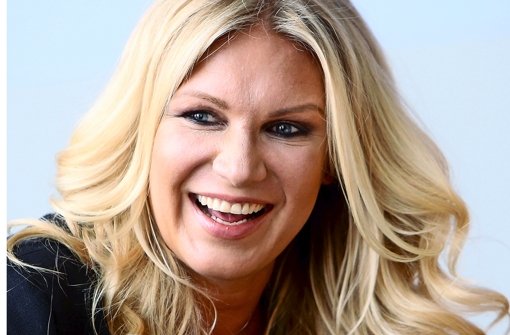 Magdalena Brzeska Facts:
*She was born on May 14, 1978 in Gdynia, Poland.
*She became an ambassador for Germany at the 2008 European Year of Intercultural Dialogue.
*She was on the cover of Playboy Germany for the September 2011 issue.
*She became an official ambassador at the 2015 World Rhythmic Gymnastics Championships held in Stuttgart, Germany in 2015.
*Visit her official website: www.magdalena-brzeska.com