Maggie Dence is an Australian actress of stage, film and television. She is best known for her portrayal of Dorothy Burke on the Australian soap opera Neighbours. She is also notable for starring as Rose Sullivan in The Sullivans, Bev “The Beast” Baker in Prisoner, Merle Bullpit in Kingswood Country, Mavis Bramston in The Mavis Bramston Show, Lady Shannon in Possession, and Olive Hammond in Out of the Blue. Dence played Joan in the award-winning Australian film Look Both Ways (2005). She also had guest roles in The Flying Doctors, A Country Practice, All Saints and Heartbreak High. 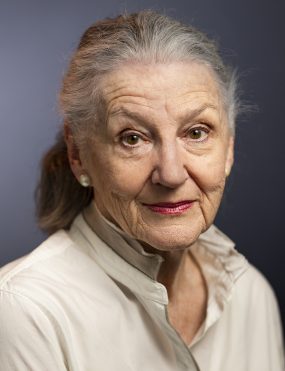 Maggie Dence Facts:
*She was born on February 1, 1942 in Victoria, Australia.
*She made her stage debut at the age of sixteen.
*She played school teacher Dorothy Burke in the soap opera Neighbours from 1990 to 1993.
*She is married to Graham Rouse.