Maggie Grace is an American actress of film and television. She is best known for her roles as Shannon Rutherford in the hit TV show “Lost,” and Kim Mills in the Taken series. She is also known for playing Irina in The Twilight Saga films. She was cast in The Fog, a 2005 horror film that co-starred Tom Welling. Born Margaret Grace Denig on September 21, 1983, in Columbus, Ohio, to Valinn and Rick Denig, she was raised in Worthington, Ohio. She belongs to English, German, and Scots-Irish descent. She made her debut in the web series Rachel’s Room in 2001. She has been married to Brent Bushnell since May 28, 2017. She was previously in a relationship with Blake Mycoskie. 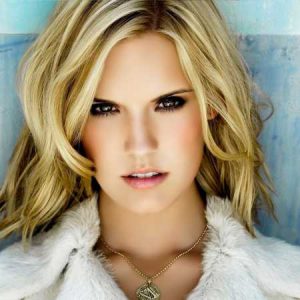 Maggie Grace Facts:
*She is of English, German, and Scots-Irish descent.
*She was a big reader and a self described “Shakespeare nerd” as a kid.
*She was 16 years old when her parents divorced.
*She was ranked #27 on the Maxim magazine Hot 100 of 2005 list.
*She was named the 44th sexiest woman in the world in 2005 special supplement by FHM.
*She was one of Variety magazine’s Top Ten Actors to watch in 2009.
*She is good friends with Emilie de Ravin, Lee Pace and Mía Maestro.
*She was once engaged to Matthew Cooke.
*Follow her on Twitter, Facebook and Instagram.