Maggie Rogers is an American musician, folk singer, songwriter, and producer. She achieved fame after her song “Alaska” was played to Pharrell Williams during a master class at New York University. Maggie’s singles “Alaska” and “Dog Years” were placed numbers 64 and 173 on Triple J Hottest 100, 2016. Her EP, “Now that the Light is Fading”, was released on February 17, 2017. Born Margaret Debay Rogers on August 16, 1995 in Easton, Maryland, USA, she grew up in a small, rural town in Maryland. She began playing the harp at the age of 7, and started writing music when she was around 13. In high school, Maggie wrote a folk album entitled, The Echo and Blood Ballet. She studied music production at New York University’s Clive Davis Institute of Recorded Music. 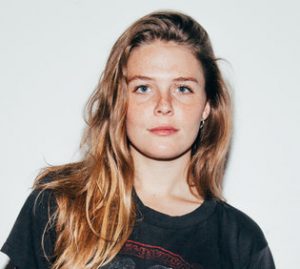 Maggie Rogers Facts:
*She was born on August 16, 1995 and grew up in a small, rural town in Maryland.
*She played harp and banjo and wrote folk music.
*She studied music production at New York University’s Clive Davis Institute of Recorded Music.
*She has released two folk albums entitled The Echo and Blood Ballet.
*She became an online sensation after her song “Alaska” brought Pharrell Williams to tears.
*Visit her official website: www.maggierogers.com
*Follow her on Twitter, Facebook and Instagram.