Mahhi Vij is an Indian actress and model. She is best known for her roles as Nakusha in Laagi Tujhse Lagan and Nandini in Balika Vadhu. She played Pratha in the Sahara One show Shubh Kadam. In 2013, she participated in Nach Baliye 5 with her husband Jay Bhanushali. She also competed in the 7th season of Fear Factor: Khatron Ke Khiladi. She played Kavya Madhavan in the 2004 film Aparichithan. Born on April 1, 1982 in Delhi, India, to Punjabi parents, she moved to Mumbai at the age of seventeen and started her career as a model. She portrayed the lead role in the TV series Akela in 2006. She has been married to Jay Bhanushali since 2011. 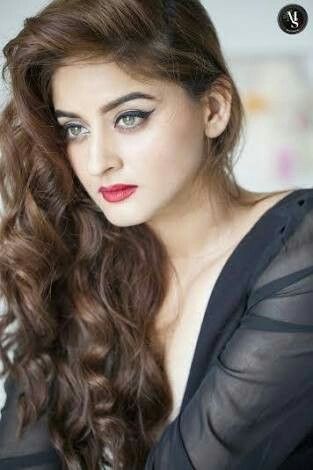 Mahhi Vij Facts:
*She was born on April 1, 1982 in Delhi, India.
*At 17, she moved to Mumbai and started her modelling career.
*She was a contestant in the season 4 of Jhalak Dikhhla Jaa.
*With her husband Jay Bhanushali, she won the title of Nach Baliye 5 in 2013.
*She participated in the 7 season of the reality series Fear Factor: Khatron Ke Khiladi.
*Follow her on Twitter, Facebook and Instagram.