Ksenia Solo is a Latvian-Canadian actress. She is mainly known for her portrayal of Mackenzie “Kenzi” Malikov in the fantasy-noir television drama Lost Girl. She portrayed the role of “Natasha” in the 2010 American television series Life Unexpected. She also portrayed Peggy Shippen on Turn: Washington’s Spies and Shay in BBC’s cult hit Orphan Black. In both 2005 and 2006, she won the Gemini Award for Best Performance in a Children’s or Youth Program or Series for her role as Zoey Jones on the APTN series renegadepress.com. Born on October 8, 1987 in Riga, Latvian SSR, Soviet Union, she moved with her family to Toronto at the age of five. She studied ballet until the age of fourteen. Ksenia made her television debut at age ten, playing the role of Xhanthippe in the popular Canadian kids series I Was A Sixth Grade Alien, alongside Michael Cera. 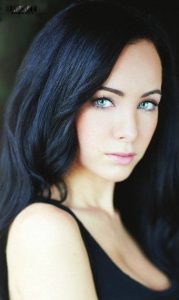 Ksenia Solo Facts:
*She was born on October 8, 1987 in Riga, Latvian SSR, Soviet Union and raised in Toronto.
*Her mother is a former ballerina-turned-actress.
*She entered the industry as a dancer, having studied ballet until the age of 14.
*At 18, she became the youngest recipient to ever receive two consecutive Gemini Awards in 2005 and 2006.
*In May 2010, she was considered one of the 55 faces of the future by Nylon Magazine’s Young Hollywood Issue.
*Follow her on Twitter, Facebook and Instagram.