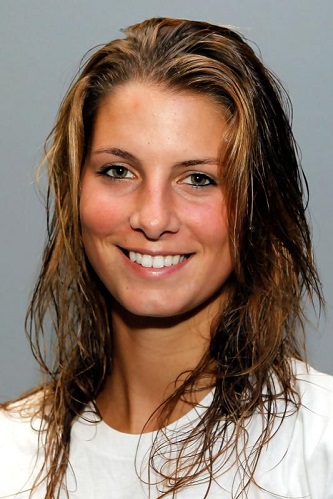 Mandy Minella is a Luxembourgish professional tennis player who achieved a career-high singles ranking of World No. 66 on September 17, 2012, and a doubles ranking of world No. 47 on April 29, 2013. Having turned professional in 2001, Minella has won two doubles titles on the WTA Tour, as well as one singles title and three doubles events of the WTA 125K series. She has also won 16 singles and 10 doubles titles on the ITF Circuit.

Born on November 22, 1985 in Esch-sur-Alzette, Luxembourg to parents Mario and Anna Minella, Mandy started playing tennis at the age of five. She turned professional in 2001.

Minella married her coach and boyfriend Tim Sommer in October 2014. They have two daughters together.

Mandy Minella Facts:
*She was born on November 22, 1985 in Esch-sur-Alzette, Luxembourg.
*She began playing tennis at the age of five.
*She made her debut on the WTA Tour in 2001.
*She plays right-handed and has a two-handed backhand.
*She has a career-high doubles ranking of No. 47.
*She was voted Luxembourg’s Sportswoman of the Year in 2011.
*Follow her on Twitter, Facebook and Instagram.