Margaret Qualley is an American actress. She is best known for her portrayal of Jill Garvey in the HBO mystery series The Leftovers (2014–2017), and for her role as Ann Reinking in the FX biographical drama miniseries Fosse/Verdon (2019). Qualley is also notable for her roles in the films The Nice Guys, Death Note, Io, and Once Upon a Time in Hollywood. 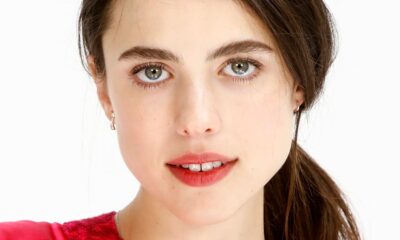 Margaret Qualley Facts:
*Born on October 23, 1994 in Kalispell, Montana, she is the daughter of actress Andie MacDowell and former model, Paul Qualley.
*Her ancestry includes Norwegian, English, French, Scottish, Irish, Welsh, Belgian/Walloon, Dutch, and Belgian/Flemish.
*She trained as a ballerina in her youth and briefly pursued a career in modeling.
*She made her acting debut with a minor role in the 2013 drama film Palo Alto.
*She played Jill Garvey on the HBO television series, The Leftovers from 2014 to 2017.
*She appeared in a Vogue USA editorial in January 2015.
*She has been in a relationship with songwriter Jack Antonoff since 2021.