Marine Partaud is a French professional tennis player who achieved a career-high singles ranking of World No. 407 on 25 June 2018, and a doubles ranking of world No. 357 on 12 July 2021. Partaud plays right-handed and has won four singles titles and eleven doubles titles on tournaments of the ITF Circuit. Partaud made her Grand Slam women’s doubles debut at the 2017 French Open, partnering Virginie Razzano in the doubles event, falling to the Australian pair of Ashleigh Barty and Casey Dellacqua in the first round. 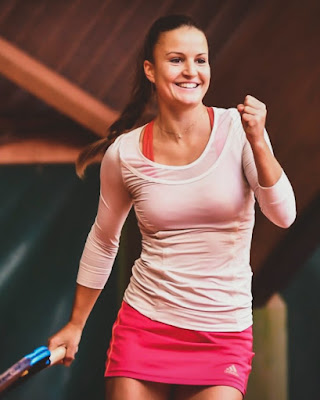 Marine Partaud Facts:
*She was born on November 9, 1994 in Poitiers, France.
*She started playing tennis at the age of eight.
*She made her Grand Slam women’s doubles debut at the 2017 French Open.
*Follow her on Twitter, Facebook and Instagram.