Margarita Levieva is a Russian-American actress. She has appeared in films such as The Invisible, The Stand Up, Adventureland, Future World, and Spread, and the television series Vanished, Revenge, Allegiance, The Blacklist, We Bare Bears, How to Make It in America, and The Deuce. Levieva was a competitive gymnast before she began her acting career. Born Margarita Vladimirovna Levieva on February 9, 1980 in Saint Petersburg, Russia, she has a twin brother named Michael. She moved to the U.S. with her mom and twin brother, when she was 11, settling in Sheepshead Bay, Brooklyn. She attended high school in Secaucus, Hudson County, New Jersey, and earned her bachelor’s degree in economics at New York University. She dated Romanian-American actor Sebastian Stan from July 2014 to 2016. 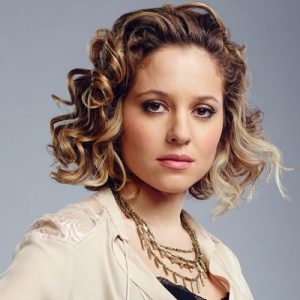 Margarita Levieva Facts:
*She was born on February 9, 1980 in Saint Petersburg, Russia.
*Both of her parents are of Russian Jewish descent.
*Her mother, Irina Levieva, is the President of Ostrov Realty Group.
*She began training in rhythmic gymnastics at the age of 3.
*She studied economics at New York University.
*Follow her on Instagram.