Mariah Buzolin is a Brazilian actress. She is best known for her portrayal of Maya Mercado in the ABC soap opera All My Children, and for her role as Zoe Mendez in the ABC Family television series Jane by Design. Buzolin played Beth in the 2009 American children’s comedy film, Hotel For Dogs alongside Emma Roberts and Jake T. Austin. Born Mariah Buzolin Oliveira on February 3, 1991 in Campinas, Brazil, she moved to Chicago with her family the age of 6. Buzolin moved to Los Angeles in 2006, and started her career as an actress. Buzolin became engaged to former US Skier Jeremy Bloom in May 2018. 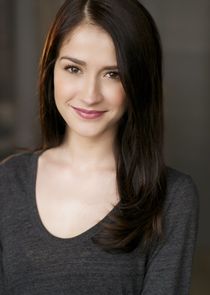 Mariah Buzolin Facts:
*She was born on February 3, 1991 in Campinas, State of São Paulo, Brazil.
*She won a fashion contest in 2003.
*She made her television debut in 2008 on an episode of Zoey 101.
*She is friends with actors Brandon Smith and David Henrie.
*Follow her on Facebook and Instagram.