Mario Maurer is a Thai model and actor. He rose to stardom with roles in The Love of Siam and First Love. He played Mak in the 2013 film Pee Mak, one of Asia’s highest grossing films of all time. Besides his career in modeling and acting, Mario also pursued his career as a singer. He started with his brother in a hip-hop group called PsyCho & Lil Mario. They released their debut PsyCho & Lil’Mario: Dem Crazy Boyz on October 31, 2007. Born Nutthawuth Maurer on December 4, 1988 in Bangkok, Thailand, to Warunya and Roland Maurer, he is of German descent on his father’s side, and of Chinese descent on his mother’s side. He has one older brother, Marco Maurer, an artist. Mario began his career as a model at age 16. He was in a nine-year relationship with actress Gubgib Sumontip. They broke up in January 2013. 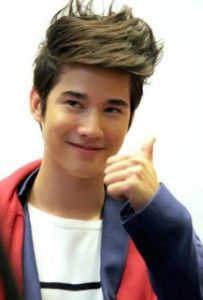 Mario Maurer Facts:
*He belongs to Chinese and German descent.
*He speaks Thai fluently.
*He enjoys skateboarding.
*He converted to Roman Catholicism from Buddhism.
*His brother, Marco, is a rapper.
*He worked with his brother on an album, purely for fun.
*Visit his official website: www.mariomaurer.com
*Follow him on Facebook and Instagram.