Son Ye-jin is an award-winning South Korean actress of film and television. She is best known for her roles in television, such as Summer Scent, Alone in Love, Personal Taste, and Shark, and in the films The Classic, A Moment to Remember, April Snow, My Wife Got Married, The Pirates, The Truth Beneath and the 2016 The Last Princess. Her other well-known films include Spellbound, The Tower, Blood and Ties, House Filled With Happiness, The Bad Guy Must Die, and the 2018 film Be with You. Born on January 11, 1982 in Daegu, South Korea, she has an older sister. She made her acting debut in the 2000 film “Secret Tears.” 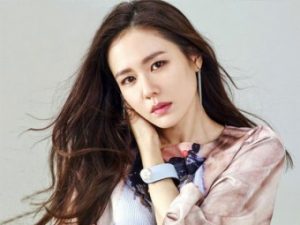 Son Ye-jin Facts:
*She was born on January 11, 1982 in Daegu, South Korea.
*She began her acting career in 2000, appearing in the film ‘Secret Tears’.
*She speaks Korean and English fluently.
*One of her hobbies is swimming.
*Follow her on YouTube, Facebook and Instagram.