Marion Cotillard is a French actress and musician who has starred in such films as La Vie en Rosa, My Sex Life…or How I Got Into an Argument, Taxi, Furia and Jeux d’enfants. She has also appeared in the films Big Fish, A Good Year, Inception, Midnight in Paris, Public Enemies, Nine, Contagion, and The Dark Knight Rises “Rust & Bone. Cotillard is the recipient of various accolades including; an Academy Award, a British Academy Film Award, a Golden Globe Award, two César Awards, a European Award, and a Lumières Award. 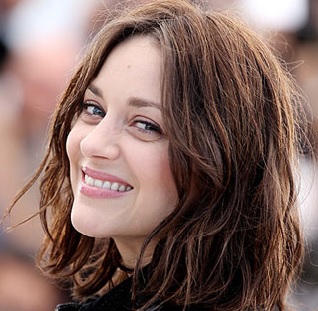 Cotillard was born in Paris, France to Jean Claude-Cotillard who is an actor, former mime, and a Molière Award winning director. Cotillard’s mother Monique Theillaud, is also an actress and a drama teacher. She has two younger twin brothers, Quentin and Guillaume. Guillaume is a screenwriter and director. She made her acting debut as a child with a role in one of her father’s plays.

Marion Cotillard Facts:
*She was born on September 30, 1975 in Paris, France.
*She made her acting debut during her childhood, appearing on stage for her father’s plays.
*She studied drama at the Conservatoire d’Art Dramatique in Orléans.
*She had her first lead role in the TV film Chloé (1996).
*She became a Knight of the Order of Arts and Letters in France in 2010, and was promoted to Officer in 2016.
*She is best friends with Cécile Cassel, Élodie Navarre, Mélanie Laurent, Geraldine Seguin and Gilles Lellouche.
*She is a member of Greenpeace.
*She is an avid fan of Canadian singer Hawksley Workman and Radiohead.
*Follow her on Twitter and Instagram.