Mark Salling was an American actor and musician, best known by the public for his role as Noah “Puck” Puckerman on the television series Glee. Salling released his debut solo album called Smoke Signals under the pseudonym Jericho in February 2008, followed by his sophomore album, Pipe Dreams, in 2010. 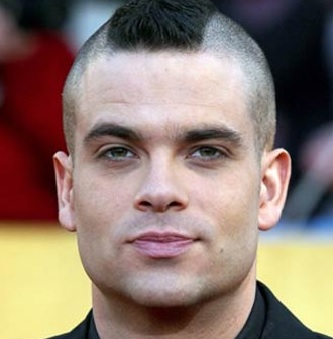 Mark Salling Facts:
*Born on August 17, 1982 in Dallas, Texas, he grew up as the youngest of two children.
*He had German and English, and smaller amounts of Scottish, Dutch, and Irish, ancestry.
*He was on the wrestling team while he attended high school.
*He studied at the Los Angeles College of Music before working as a guitar teacher.
*It took him 8 years to write the songs for his album Pipe Dreams.
*He played piano since age five, and could also play drums, guitar, and bass.
*He portrayed the role of Noah “Puck” Puckerman on the musical sitcom Glee.
*In December 2015, he was arrested for having several thousand photos and videos showing child p*rnography.
*He committed suicide by hanging at his home in Los Angeles, California on January 30, 2018 at the age of 35.
*He was good friends of Dianna Agron, Lea Michele, Rob Kardashian (Kim Kardashian’s brother), Cory Monteith and Chord Overstreet.