Marissa Neitling is an American actress of film and television. She is best known for her roles as Kara Foster in the TV series The Last Ship, and as Phoebe in the 2015 film San Andreas. She had a guest role of Christina Valada / Lacey Beaumont on the hit series Leverage in 2011. Born Marissa Lee Neitling on May 8, 1984, in Lake Oswego, Oregon, she is the daughter of Joy and Stanley Neitling, and older sister to Mackenzie Neitling. She has an adopted brother named Adam Dress. After graduating from Lake Oswego High School in 2002, she went on to get her undergrad at University of Oregon where she was also in the Honors College. She was a double major in Math and Theater Arts. She also attended Yale and obtained her Masters of Fine Arts. She is with the height 5 feet 2¼ inches in tall. She wears a size 8 shoe and her zodiac sign is Taurus. 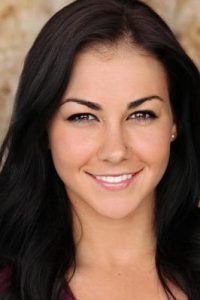 Marissa Neitling Facts:
*She was born on May 8, 1984, in Lake Oswego, Oregon.
*She is a 2002 graduate of Lake Oswego High School.
*She is an avid fan of Oregon Ducks.
*Follow her on Twitter and Instagram.