Mark Ronson is an English musician, DJ, singer, songwriter, and record producer who became known for his album ‘Version (2007)’ which achieved remarkable success, reaching number two in the UK and included three top 10 singles, also earned him a Brit Award for Best British Male Solo Artist in 2008. He has collaborated with Amy Winehouse, Jack White, Adele, Bruno Mars and many others. He was born Mark Daniel Ronson on September 4, 1975 in St. John’s Wood, London, England to Laurence Ronson and Ann Dexter-Jones. His parents are both from Jewish families. His sisters, Samantha, is in the music business, and Charlotte, in fashion. He attended Collegiate Prep, Vassar College and New York University. He is married French actress and singer Joséphine de La Baume. 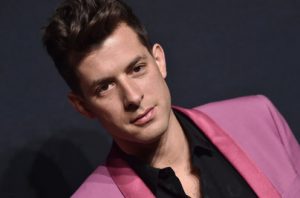 Mark Ronson Facts:
*He was born to Jewish parents.
*He moved from London to New York City at age 8.
*He was once engaged to actress-singer Rashida Jones.
*He became the first artist to win a Brit award (Brit Award for Best Male in 2008) without singing on the actual record.
*He became a US citizen in April 2008.
*Visit his official website: www.markronson.co.uk
*Follow him on Twitter, Facebook, Myspace, YouTube and Instagram.