Former American football quarterback who played in the National Football League (NFL) for 10 seasons. Sanchez played college football at the University of Southern California, and was selected as the fifth overall pick by the New York Jets in the 2009 NFL Draft. He was named the starter in 2008, and led USC to a 12–1 record and won the Rose Bowl against Penn State. 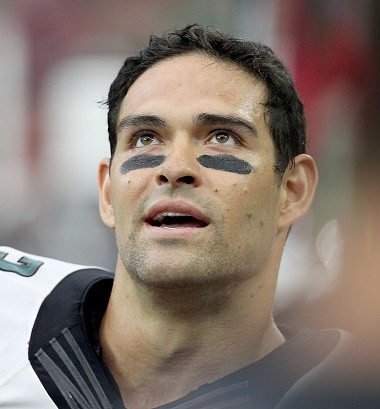 Born Mark Travis John Sanchez on November 11, 1986 in Long Beach, California, to parents Nick Sr. and Olga Sanchez, his parents divorced when he was four years old. Mark and his brothers, Nick Jr. and Brandon, stayed with their father but their mother remained involved in their upbringing. In 2013, Sanchez began dating the Andorran socialite Alana Kari.

Mark Sanchez Facts:
*Born on November 11, 1986 in Long Beach, California, he is of Mexican descent.
*His parents split when Mark was 4.
*He rose to prominence in 2007 due to injuries suffered by starting quarterback John David Booty.
*He was drafted 5th overall by the New York Jets in the first round of the 2009 NFL Draft after playing college football at USC.
*He is a fan of musical theater.
*He is close friends with Konrad Reuland, whom he had known since elementary school.
*Follow him on Twitter, Facebook and Instagram.