Markie Post is an American actress. She is best known for starring as bail bondswoman Terri Michaels in The Fall Guy on ABC, public defender Christine Sullivan on the NBC sitcom Night Court, and Georgie Anne Lahti Hartman on the CBS sitcom Hearts Afire. Post’s other notable works include Semi-Tough, The Gangster Chronicles, Massarati and the Brain, Six Pack, Match Game, The $10,000 Pyramid, Super Password, Odd Man Out, Chicago P.D., and Transformers Prime. 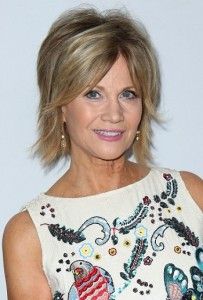 Born Marjorie Armstrong Post on November 4, 1950 in Palo Alto, California, she is the daughter of scientist Richard F. Post and Marylee Post, a poet. She did her schooling from Las Lomas High School in Walnut Creek, California, and earned her Bachelor of Arts degree from Lewis & Clark College in Portland, Oregon, USA. In February 1982, Post married actor and writer Michael A. Ross, with whom she has two daughters. She was previously married to Stephen Knox.

Markie Post Facts:
*Born on November 4, 1950 in Palo Alto, California, she grew up in Walnut Creek, California, USA.
*She was a cheerleader in high school.
*She earned her bachelor of arts degree from Lewis & Clark College in Oregon.
*She worked on several game shows before she started her acting career.
*She portrayed the role of Christine Sullivan on the 1980s television comedy series Night Court from the third season until the show’s end.
*Follow her on Twitter.