Jordan Masterson is an American actor. He is best known for his portrayal of Ryan Vogelson on the ABC comedy series Last Man Standing, and for his role as Dumptruck on ABC Family’s Greek. Masterson is also notable for his role as Mark in the 2005 film The 40-Year-Old Virgin. He has also appeared as a guest-star in several television series such as Grounded for Life, George Lopez, Las Vegas, 7th Heaven, CSI: Miami, Without a Trace and How I Met Your Mother. 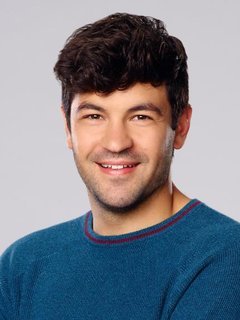 Jordan Masterson Facts:
*He was born on April 9, 1986 in Long Island, New York, USA.
*His father, Joe Reaiche, played professional Rugby League in Australia for six years with the Sydney Roosters in the National Rugby League (NRL).
*Growing up, he played tennis, baseball and snowboarding.
*He made his screen acting debut in the 1993 made-for-TV movie Marilyn & Bobby: Her Final Affair.
*He works as an amateur DJ in his free time.
*He is a member of the Church of Scientology.