Martin Garrix is a Dutch DJ, musician, and producer from Amstelveen. He is best known for his hit singles “Animals”, “Wizard”, “In the Name of Love”, and “Scared to Be Lonely”. Garrix was ranked No. 1 on DJ Mag’s Top 100 DJs list for three consecutive years (2016, 2017, and 2018). He has also performed at music festivals such as Coachella, Ultra Music Festival, Electric Daisy Carnival, Tomorrowland, and Creamfields. Born Martijn Gerard Garritsen on May 14, 1996 in Amstelveen, Noord-Holland, Netherlands, to parents Gerard and Karin Garritsen, he has a younger sister named Laura. Garrix graduated in 2013 from the Herman Brood Academy, a production school in Utrecht. He made his debut on the Top 100 DJs list in 2013, where he placed 40th. He was in a relationship with model Charelle Schriek. They broke up in 2019. He was previously in a relationship with Dutch model and artist, Lynn Spoor. 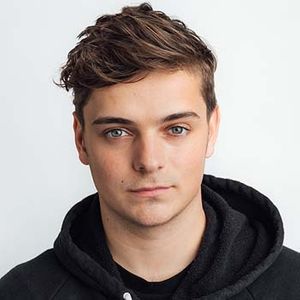 Martin Garrix Facts:
*He was born on May 14, 1996 in Amstelveen, Noord-Holland, Netherlands.
*He learned to play the guitar when he was just eight years old.
*His 2013 single “Animals” went straight to the UK Singles Chart in 2013.
*At 17, he he became the youngest DJ to headline 2014 Ultra Music Festival.
*He founded the label Stmpd Rcrds in 2016.
*He was ranked No. 1 on the Top 100 DJ MAG in 2018 and No. 2 in 2019.
*His mentor is DJ Calvin Harris.
*Visit his official website: www.martingarrix.com
*Follow him on Twitter, Facebook, SoundCloud, YouTube and Instagram.