Romelu Lukaku is a Belgian professional footballer who plays as a striker for Serie A club Inter Milan and the Belgium national team. He started his professional career with Belgian Pro League club Anderlecht in 2009 at age 16. He signed for English side Chelsea in 2011. From 2014 to 2017, Lukaku played for Everton. He joined Manchester United in 2017. Lukaku has played 85 games for his country, and scored 52 goals, making him Belgium’s all-time top goalscorer. Born Romelu Menama Lukaku Bolingoli on May 13, 1993 in Antwerp, Belgium, to parents Roger and Adolphine Lukaku, he has a younger brother named Jordan. 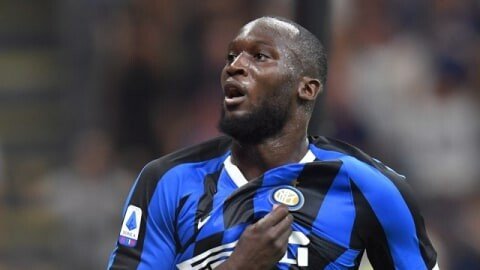 Romelu Lukaku Facts:
*He was born on May 13, 1993 in Antwerp, Belgium.
*His father, Roger Lukaku, former international with Congo.
*He debuted as a professional for Anderlecht aged 16.
*He joined the Belgian national team in 2010.
*He played for Chelsea from 2011 until 2014.
*He joined Manchester United in 2017.
*Follow him on Twitter, Facebook and Instagram.