Emmy and Tony Award-winning actress who is most famous for her role as Nancy Botwin on the Showtime television show Weeds. Her other notable works include The West Wing, Fried Green Tomatoes, Boys on the Side, Proof, and Angels in America. Born as Mary-Louise Parker in Fort Jackson, South Carolina, Parker is the daughter of Caroline Louise and John Morgan Parker, a judge who served in the U.S. Army. She belongs to Swedish, English, Scottish, Scotch-Irish, German, and Dutch descent. 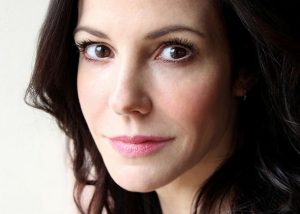 Mary-Louise Parker Facts:
*She is the youngest of four children of her parents.
*She spent parts of her childhood in Thailand, Germany, and France because her father was in the U.S. Army.
*She was named as one of twelve “Promising New Actors of 1990” in John Willis’ Screen World, Vol. 42.