Indian actress who first came to prominence with her role as Priya Chopra in the 1993 crime thriller Baazigar opposite Shah Rukh Khan. She is considered one of India’s most successful and highest-paid actresses. Her accolades include six Filmfare Awards, among twelve nominations. She made her acting debut with the 1992 film Bekhudi. Other popular movies Kajol has acted in are Dilwale Dulhania Le Jayenge, Kuch Kuch Hota Hai, Kabhi Khushi Kabhie Gham, Fanaa and My Name Is Khan. She was born on August 5, 1974 in Mumbai, India as Kajol Mukherjee. Her parents are actress Tanuja Samarth and late filmmaker Shomu Mukherjee. She is of Bengali-Marathi descent and has one younger sister, Tanishaa Mukherjee, who is also an actress. She married her longtime boyfriend actor Ajay Devgan in 1999. Together they have two children. 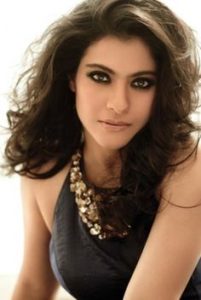 Kajol Facts:
*She is the daughter of actress Tanuja Samarth and late filmmaker Shomu Mukherjee.
*She belongs to Bengali-Marathi descent.
*She made her screen debut in the 1992 film Bekhudi.
*She was awarded the Padma Shri, India’s fourth-highest civilian award, by the Government of India in 2011.