Maryam Zakaria is a Swedish-Iranian actress and model who appears in Hindi, Tamil and Telugu films. She is best known for appearing in Bollywood films such as Agent Vinod, and the hit comedy Grand Masti. Born on September 27, 1984 in Tehran, Iran, she belongs to both Swedish and Iranian descent. Zakaria worked as model, choreographer, dance teacher, and established a Bollywood dance school, the Indisk Dans Studio in Swedish. In 2009, Zakaria moved to Mumbai, India to work in Bollywood and began working as a model, appearing in many television advertisements for brands like Set Wet, Hide & Seek Milano, Layz, and Coke. She started her acting career in 2007 by appearing in the Persian language music video ‘Goli.’ She had her breakthrough in the 2009 Bollywood film ‘Paying Guests.’ In 2012, she married choreographer Arvind Thakur with whom she has one son, Aryan. 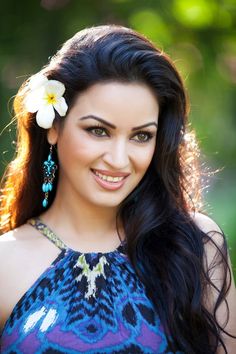 Maryam Zakaria Facts:
*She was born on September 27, 1984 in Tehran, Iran.
*She established a Bollywood dance school, the Indisk Dans Studio, the first Bollywood-inspired dance school in Sweden.
*She moved to Mumbai, India in 2009.
*She has advertised for many brands such as Neha Kali Mehndi, Anmol Veg Munch, Mojo Light, Coke, and Hide & Seek Milano.
*She has also appeared on several print advertisements including Donear, Gerasim, Force jeans, KingFisher speed diva, Roshini, and Chennai Silk.
*Follow her on Twitter, Facebook and Instagram.