Kevin Zegers is a Canadian actor and model best known for his roles as Josh Framm in the Air Bud film series, as Alec Lightwood in The Mortal Instruments: City of Bones and as Damien Dalgaard in the CW teen drama Gossip Girl. He has also appeared in films such as Dawn of the Dead, Vampire, The Entitled, Transamerica, All the Wrong Reasons, It’s a Boy Girl Thing, The Colony, The Jane Austen Book Club, Fifty Dead Men Walking, Frozen and The Curse of Downers Grove. Zegers’s other television credits include Traders, Titans, It Came from the Sky, Titanic: Blood and Steel, Gracepoint, Notorious, Dirty John, Fear the Walking Dead, Time Share, Felicity: An American Girl Adventure, and Sex, Lies & Obsession. Born Kevin Joseph Zegers on September 19, 1984 in Woodstock, Ontario, Canada, to parents Mary-Ellen and Jim Zegers, he has two sisters named Krista and Katie. He belongs to Dutch descent and all of his grandparents were born in The Netherlands. He was educated at St Mary’s Catholic High School in Woodstock. Zegers started acting at the age of 6, appearing in a number of TV commercials, and made his film debut in a small role in the Michael J. Fox comedy Life with Mikey (1993). He has been married to Jaime Feld since August 3, 2013. They have twin girls together. 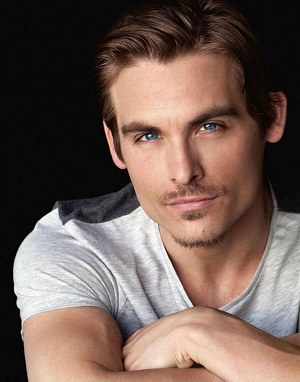 Kevin Zegers Facts:
*He was born on September 19, 1984 in Woodstock, Ontario, Canada.
*All of his grandparents were born in The Netherlands.
*Started acting appearing in a number of TV commercials as a child.
*He is good friends with actor Shawn Ashmore.
*He has two dogs, Nugget and Walter.
*His younger sister, Katie has five children: twins Chloe and Mallory, Brady, Kobe and Finley.
*He is married to agent Jaime Feld, with whom he has twin girls named Zoe and Blake.
*He currently resides in Los Angeles, California, with his wife and daughters.
*Follow him on Twitter and Instagram.