Matt Jones is an American actor and former singer and songwriter. He is best known for his roles as Brandon “Badger” Mayhew in the AMC crime drama series Breaking Bad, and as Baxter in the CBS sitcom Mom. He provided his voice for the character of Gunther Magnuson’s in the 2010 animated TV series Kick Buttowski: Suburban Daredevil. Born Matthew Lee Jones on November 1, 1981 in Sacramento, California, he was raised in Pomona, California. He attended and graduated from Claremont High School in 2000. He has been married to Kelly Daly since 2012. Together they have one son, Jasper. 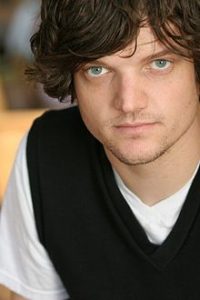 Matt Jones Facts:
*He was born on November 1, 1981 in Sacramento, California, USA.
*Former lead singer and songwriter to the ska band Faculty Four.
*He performed improv at Amsterdam’s famous comedy theater, Boom Chicago.
*He has three pets; two dogs named Ernie and Hank, and a cat named Shifty.
*Follow him on Twitter and Instagram.