Nate Corddry is an American actor and comedian. He is best known for roles such as Adam Branch in the NBC television series Harry’s Law and Gabriel in the sitcom Mom. He has appeared as a guest-star in several television series such as Law & Order: Criminal Intent, The Daily Show, United States of Tara, 30 Rock, Studio 60 on the Sunset Strip, and New Girl. Born Nathan Corddry on September 8, 1977 in Weymouth, Massachusetts, USA, to parents Robin and Steven Corddry, he is the younger brother of Rob Corddry. He attended Colby-Sawyer College in New London, New Hampshire, and was a member of the class of 2000. 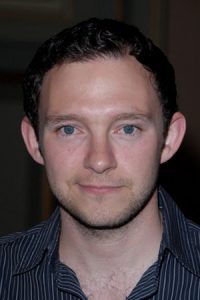 Nate Corddry Facts:
*He was born on September 8, 1977 in Weymouth, Massachusetts, USA.
*His brother, Rob Corddry, worked as a correspondent on The Daily Show with Jon Stewart from 2002 to 2006.
*He was educated at Weymouth High School and Colby-Sawyer College.
*Follow him on Twitter and Instagram.