Matthew Rhys is a Welsh actor of film, television, and theatre. He is best known for portraying Kevin Walker on the ABC television drama Brothers & Sisters from 2006 to 2011, and as Philip Jennings on the FX drama series The Americans from 2013 to 2018, for which he won the 2018 Emmy Award in the Lead Actor in a Drama Series category. He played poet Dylan Thomas in the 2008 love quadrangle biographical film The Edge of Love. Born Matthew Rhys Evans on November 8, 1974 in Cardiff, Wales, to parents Helen and Glyn Evans, he has an older sister, Rachel, who is a journalist. He was educated at Ysgol Gynradd Gymraeg Melin Gruffydd, Whitchurch, Cardiff. Since 2013, Matthew has been in a relationship with his co-star, Keri Russell with whom he has one son, Sam. 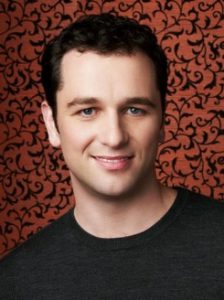 Matthew Rhys Facts:
*He was born in Cardiff, Wales on November 8, 1974.
*He started his acting career in 1997.
*He received the 2018 Emmy Award in the Lead Actor in a Drama Series category for his work in The Americans.
*He is best friends with Ioan Gruffudd.
*He credits American actress Sally Field as his favorite acting mentor/best friend.
*He supports Plaid Cymru.
*Connect with Matthew on Twitter.